I’m working on a new book project about second-generation South Asian Americans and how our identities shift over time. I’m curious about how we balance our South Asian and American sides as we make major life decisions, like how deeply to assimilate, who to marry, what career to chose, the role religion plays in our lives, and more.

The book will be a blend of personal narrative, interviews, photography and reporting. I’m interviewing throughout 2022: if you would like to participate, please send me an email! All participants will have the opportunity to adjust their words before the book goes to print.

Below I’ve included a draft of the prologue to give you a broad sense of the project.

As always, I love to hear from anyone with any thoughts at all!

A 25-year old man boards a plane Dhaka and landing in London. In his bag he has a few pieces of clothing, simple toiletries, a razor to keep his face clear and moustache neatly trimmed, and a letter of acceptance from a graduate program at the University of Birmingham, inviting him to begin a Master’s program studying thermodynamics.

He had spent the last two years living in a bungalow in Bengal, sipping Chai in a straw hat, overseeing the work on a tea garden as a manager, socking away money to buy this plane ticket and fund the beginning of this journey. Before that, he earned a Bachelor’s degree in Mechanical Engineering in Dhaka.

He lands in London and takes a train to Birmingham. He sorts out the details of where to live and enters his program. He finds a few Bengali friends and they figure it out together. Pictures show them rowing a canoe, heads thrown back in open-mouthed laughter. They are making it work.

Just after earning the degree, he gets a late night call: his father, a doctor who took care of his small community, the person women trusted to guide them through childbirth and catch their newborn babies, the man who caught him in the first moment of his life, had died from a sudden heart attack.

The young man flies back to his family and takes care of the details: cremation, pouring ashes into the sea, performing rites with the body and again for the soul a week later, making sure his mother is ok.

And then he flies West again.

His life unfolds. He moves to Scotland, finds work, dances in pubs. He traveling around Europe, but he misses Bengal and when the time comes, he asks his family to find him a Bengali wife. They find a 21-year-old girl from a good family, one whose father also worked as the manager of a tea garden. In fact, as that girl’s father starts talking about this potential groom, his cook remembers something: a few years ago, his brother, a cook in another tea estate, has a memory of a young, handsome, gentle, Bengali man who worked at his tea estate for a couple years, before moving to England. Is it possible that that was the same person?

It was. And just like that, their fate is sealed. The girl’s father feels an immediate connection to this new groom and welcomes him to the family. The girl is swept along like a fairy tale princess, walking up to a stranger at her wedding with her face hidden behind giant betel leaves before revealing herself to him. They take a long flight to London and a shorter one to the very edge of Scotland, to a town of 10,000 on the North Sea.

Eventually they move to America. The man, now an engineer, was invited to join the American outpost of his company. His new boss sponsors him via an H1 visa. Now with two little children, they fly first class to their new home in New York State. They are adults, fully formed by India, carrying their culture with them, as solid as potted plants. They are also actors: they made the conscious decision to try life in this new country.

But what about their children? What about me?

I wrote this book to try and figure out the inheritance that we, as the children of immigrants, carry from our parents’ decision to leave.

Like all second-generation immigrants, I’m the American one, not my parents. I speak without an accent. I exist within the culture and was formed by it. I’m rooted here; my roots were nourished by American TV, Flintstones’ vitamins, cold New York winters. But unlike them, I wasn’t the one who made the choice to come here. Assimilating was never a decision I made; it was my fate.

Freed from our culture, people of my generation are in a constant dance with freedom and duty as we make our most fundamental life decisions: Who do we date and marry? How do we learn about our religion, and which parts do we chose to incorporate into our lives? What is our relationship to other people of color: do we feel solidarity with them, or do we lean on our model minority invitations into privileged white spaces? How do we choose careers, and how involved are we in American communities? What is our relationship to our home country – what do we search for when we visit there? And how does our relationship to our Indianness change when we lose the parents who brought us here?

I’m a reporter and oral historian. I realized that I’ve spent years trying to answer those questions through my reporting for diaspora publications like India Abroad and The Indian American magazine. Throughout the book, I’ll be calling back to old articles and to new interviews with other immigrants in my generation, to try and explore the question of how we form our identities across our lives. I’ll also share my story. I hope through all of the stories, readers will see a range of answers to the questions above. You’ll learn how our identities shift over time and how our relationship to both American and India flows throughout our lives.

And, as I’ve learned more about the grief and trauma of immigration, I wondered: what else did we inherit as a result of that decision? Did we inherit our parents’ loneliness in leaving behind their parents and siblings, their fear of a sometimes-hostile dominant culture, their anxiety of life in a new country without the safety net of family?

This book will explore all of these questions. Throughout the book, I hope the reader will feel a sense of what it is like for a second-generation immigrant to navigate through America, from their first dawning realization at some point in their childhood that they will need to hide parts of themselves to the loss of the parent who made the decision that so profoundly shaped their lives, leaving them to navigate America on their own.

I’m working on a new project about my relationship to India and have been digging around in old journals and photo albums. Check out more photos that I dug up from long-ago trips on my Instagram.

Some of my very favorite bookstores in D.C. have it in stock and online: Politics and Prose, Busboys and Poets, East City Bookshop, and Bol Coop. These local stores have been great supporters of the book and are the best places to purchase!

You can find it on Amazon here and straight from the Arcadia here.

If you are curious and haven’t gotten your hands on a book yet, check out this Instagram account for snippets!

My New York Times essay went up today — it is by far the most personal thing I’ve ever published. Pride and terror!

Welcome to my new site! You can find a few of my articles here, and possibly an occasional blog post. 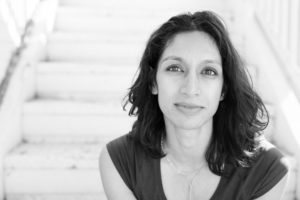 My reporting has been featured in The Washington Post, UrbanTurf, India Abroad, News-India Times and The Indian American magazine, as I’ve investigated life in D.C.’s rapidly changing neighborhoods and on the acculturation of the Indian American diaspora.

My first book was published in 2021. “Shaw, LeDroit Park and Bloomingdale in Washington, D.C.: An Oral History,” tells the story of life in D.C.’s most gentrified neighborhood over the last 70 years through reporting, oral history and photography.

Now I’m working on a project telling the story of second-generation Indian American immigrants and how we develop our identities. You can read a bit of it in the New York Times here.